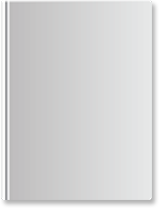 This is a definitive list of the German-speaking inhabitants of colonial Georgia. Composed of Salzburgers from Austria, Palatines from the southern Rhineland, Swabians from the Territory of Ulm, and Swiss, the so-called Georgia “Dutch” represented the largest ethnic group in Georgia in the mid-18th century. Their descendants are today scattered throughout the fifty states. In this revised edition of his classic account of “The Germans of Colonial Georgia”, George Jones, emeritus professor of German and the preeminent authority on the German-speaking population of colonial Georgia, has distilled a lifetime of research into a single alphabetical list of some 3,500 Germans. While the descriptions of the colonists vary, most of them give the man/woman’s German-speaking region of origin and one or more dates of record in Georgia. Many of the descriptions also disclose some of the following: the name of a parent, spouse, offspring, or sibling; date of marriage, death or date departed from Georgia; name of vessel traveled upon; and an indication as to sponsor, legatee, or servant. Professor Jones has also eliminated the confusion stemming from the frequently garbled versions of colonial German names by putting both the colonist’s family name and given name in the correct German form–something that will greatly expedite gathering additional information about the immigrant in European archives. For this revised edition of the work, Mr. Jones has added many new names that have come to light from recent research. He has also solved a number of cases of what he refers to as “fission and fusion,” that is to say, proving in some cases that a single name represents two persons, while in other cases demonstrating that two names represented but a single person. The work concludes with a very helpful index to 18th-century place names of Germanic Europe.