View Cart “Americans of 1776” has been added to your cart. 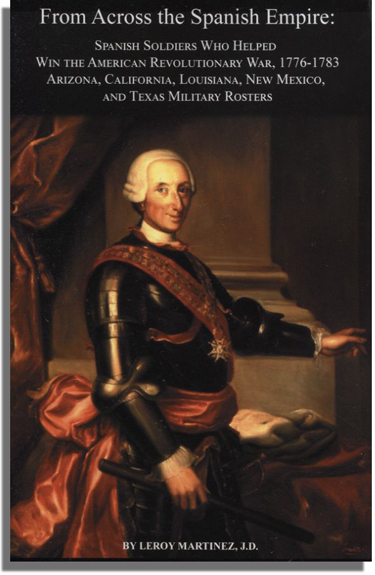 From Across the Spanish Empire: Spanish Soldiers Who Helped Win the American Revolutionary War, 1776-1783

Although it is frequently overlooked, the Spanish Empire, under King Carlos III, provided significant aid and support for Americas struggle for independence from Great Britain. This book by Leroy Martinez is the first work to identify the Spanish combatants serving in North America during the American Revolution. Separate chapters list those who served in Arizona, California, Louisiana, New Mexico, and Texas. In most cases Mr. Martinez identifies each soldier by name, military unit, rank and date, and the source, as well as sometimes by age, place of origin in Europe, theater served in, and other factors. The author extracted his lists of servicemen from original sources found in the Archives of Spanish Naval Museum in Madrid, the U.S. Library of Congress, and in state archives in Texas, Arizona, and California. He has also included a number of illustrations of military uniforms, original documents, and other artifacts from the era.