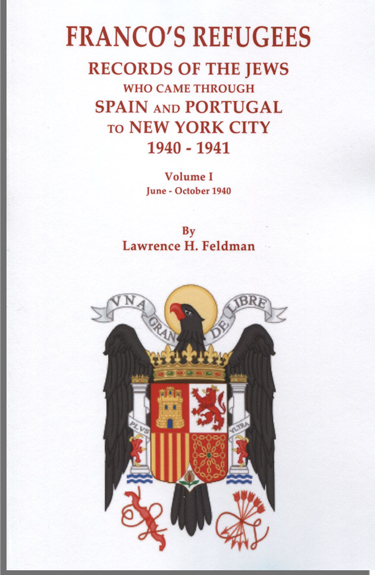 During the 1990s, Dr. Lawrence Feldman, at the request of the United States National Holocaust Memorial Museum, conducted research in Spain to determine what role, if any, Spain had played in the destruction of world Jewry by Hitler during World War II. Based on separate trips to relevant Spanish archives in 1995 and 1998, Feldman prepared reports for the Holocaust Museum concluding that the Spanish leader, Generalissimo Francisco Franco, far from abetting the Holocaust, had actually helped some European Jews escape. Volume One of Francos Refugees identifies several thousand fortunate escapees. The passenger records are arranged, first, by each vessels country of origin and thereunder by port and date of departure and date of arrival in New York. Most of the vessels in Volume One were bound for New York from Lisbon; however, a few left from Haifa and a number completed their journeys from Havana. Dr. Feldman identifies each passenger by name, age, occupation, birthplace, and the place and date his visa was issued.