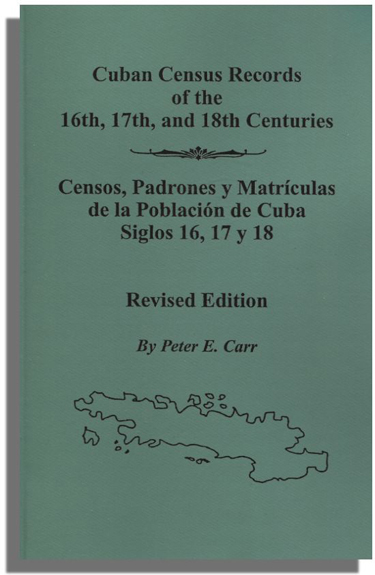 For over 300 years, Cuba was a key to the Spanish settlement of the Americas. Expeditions came and went to Florida, the American Southwest, Mexico, and Central and South America after passing through Cuba, usually at Havana. However, access to genealogical records under the Castro regime is difficult. Ordinarily researchers are limited to examining Cuban records in the U.S., writing to parish priests in Cuba, or gaining access to Cuban materials in foreign archives. One such repository, the Archivo General de Indias in Seville, Spain, is the foundation for this collection of colonial enumeration records. Though modern census records in Cuba do not start until 1774, Mr. Carr has discovered many earlier residents lists, military lists, census records, and so forth in Seville and other foreign archives. He has transcribed those lists for persons of Cuban ancestry in this volume.